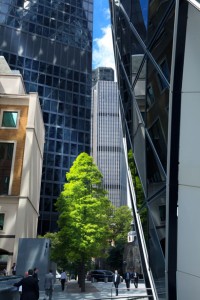 Energy Security is becoming a critical feature in midst of unstable political climate and progressive global weather and natural disasters that cause constant grid-stability problems with frequent power-outages.

A record number of unusual weather disasters (floods, droughts, storms, tornadoes, typhoons, hurricanes, earthquakes) around the world in 2011 and 2012 cost billions of dollars.

As the average global temperature keeps rising destructive weather events are projected to increase along with human vulnerability to them.

Upgrading the grid and building grid-tied power plants are massive undertakings that will take decades to complete, are expensive, push conventional energy prices up since there is more demand for electricity than traditional utilities are able to supply, and they still don’t address the consumption problem.

Generating power in a decentralized manner, storing and distributing it at the local, consumer level, makes it more resistant to terrorist attacks and natural disasters.

Implementing SPB technologies in urban cores is urgently needed since most of the world’s population lives in cities which are growing exponentially:

Worldwide about 1 million people move to urban centers every week, while current generation of buildings are highly ineffective making cities responsible for about 80% of green house gas pollution.